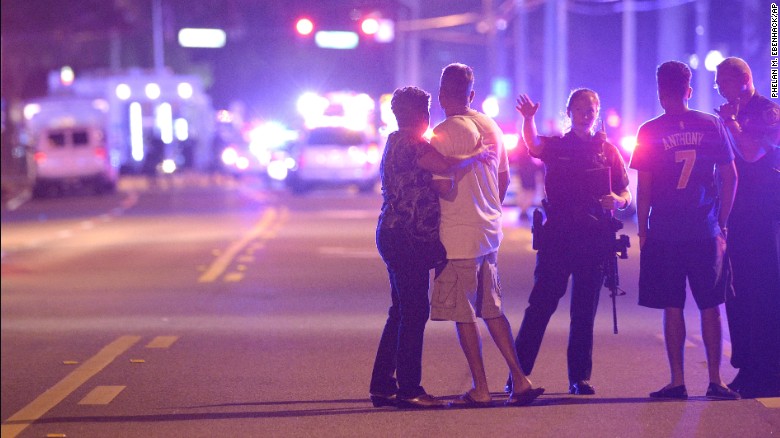 Another day, another gun massacre. Another “lone gunman” unleashes hell on our planet.

Today Americans awoke to learn an anti-gay bigot, and admitted ISIS-aligned, US-born domestic terrorist just committed the worst mass shooting in US history exceeding Sandy Hook and Virginia Tech. While his father claims it was motivated by his son hating seeing gay men expressing love in public, early indications are that he has at least pledged allegiance to ISIS in some manner. Those things aren’t mutually exclusive as we know Islamic terrorists have a vast list of people and groups they hate and want to kill.

Until we hold those accountable who routinely propagate a culture of religious fanaticism, gun fetishism, fear, bigotry and hatred, we face ever increasing numbers of domestic terrorist events. The number of mass shootings will not only increase, but the number of victims will continue to exponentially increase. In addition, the continual adherence to religious fanaticism, regardless of which mythology wingnuts focus on, added to the above will further be a blight on humanity and doom us.

And over the next few days, the corporate-owned media will focus the message on yet another “lone gunman” and then divert to meaningless stories. Anything and everything to divert focus and debate over how to prevent the insipid cancer of gun violence in America. And willing to bet he legally purchased the assault rifle recently in a state like Florida with overly permissive NRA-crafted gun laws.

Updated references to the above: