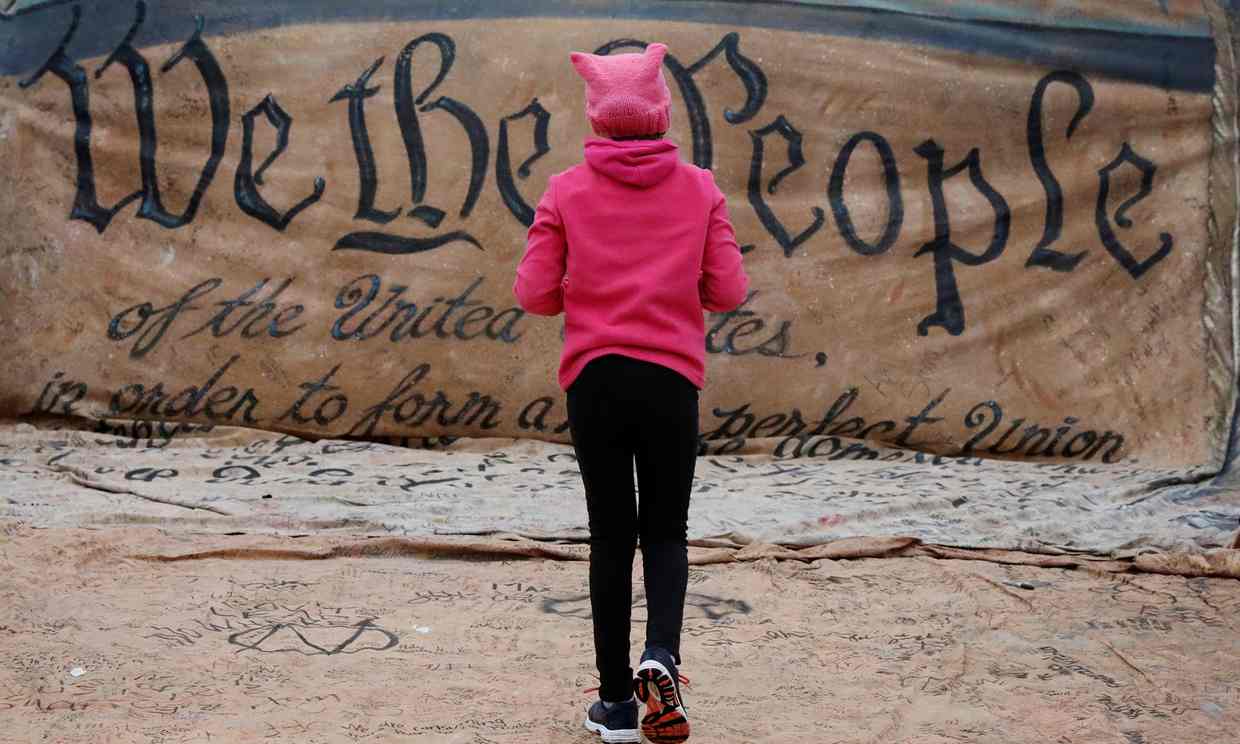 Why do so many or us worry about our nation’s path at present? Why we can’t just give Trump a chance or deal with it (as so many dealt with the last 8 years (sarcastic)).

Definition of fascism
1     often capitalized :  a political philosophy, movement, or regime that exalts nation and often race above the individual and that stands for a centralized autocratic government headed by a dictatorial leader, severe economic and social regimentation, and forcible suppression of opposition
2     :  a tendency toward or actual exercise of strong autocratic or dictatorial control <early instances of army fascism and brutality — J. W. Aldridge>

The proof is in the pudding from the inauguration speech to the new administration’s nominees themselves, their hearing statements thus far, and the first days of a new era all unfortunately set the stage for what we feared. 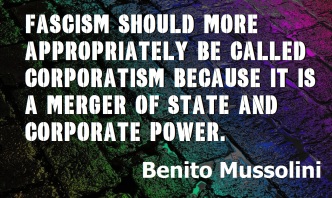 Britt’s novel was prescient:
John T. Retlin is America’s new President, and he possesses unprecedented charisma and media appeal. So he is able to exert such influence over the TV news media and its corporate ownership that most Americans don’t even notice our democracy slipping away. The author explores the most troubling issues on Americans minds. Among them are increased voter apathy, a deteriorating political culture, the American obsession with and worship of celebrities, and the media’s powerful influence in shaping public opinion.

Before him in 1973, Hannah Arendt wrote the non-fiction work The Origins of Totalitarianism about the history of totalitarianism, its anti-Semitic beginnings and how Nazi Germany and Stalinist Russia are essentially a pair utilizing the same methods to control and dominate the people.
The Origins of Totalitarianism begins with the rise of anti-Semitism in central and western Europe in the 1800s and continues with an examination of European colonial imperialism from 1884 to the outbreak of World War I. Arendt explores the institutions and operations of totalitarian movements, focusing on the two genuine forms of totalitarian government in our time—Nazi Germany and Stalinist Russia—which she adroitly recognizes were two sides of the same coin, rather than opposing philosophies of Right and Left. From this vantage point, she discusses the evolution of classes into masses, the role of propaganda in dealing with the nontotalitarian world, the use of terror, and the nature of isolation and loneliness as preconditions for total domination.

But even before that, Sinclair Lewis wrote in his 1935 novel about a fascist candidate winning the presidency: It Can’t Happen Here
Published during the rise of fascism in Europe, the novel describes the rise of Berzelius “Buzz” Windrip, a politician who defeats Franklin Delano Roosevelt and is elected President of the United States, after fomenting fear and promising drastic economic and social reforms while promoting a return to patriotism and “traditional” values. After his election, Windrip takes complete control of the government and imposes a plutocratic/totalitarian rule with the help of a ruthless paramilitary force, in the manner of Adolf Hitler and the SS. The novel’s plot centers on journalist Doremus Jessup’s opposition to the new regime and his subsequent struggle against it as part of a liberal rebellion. 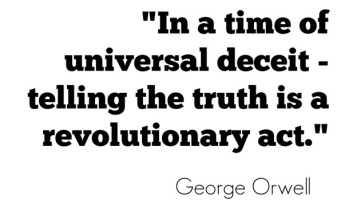 As part of his research, Britt identified 14 defining characteristics common to fascist regimes…

These characteristics  will sound uncomfortably familiar if you heard the recent inauguration speech, witnessed the rushed nomination hearings for cabinet positions, the initial executive orders, and the vicious campaign rhetoric/propaganda.

I set myself a challenge to see if I could find more than one example of all 14 in less than an hour. As you’ll see, it wasn’t much of a challenge. I even confined my focus to post-election timeframe as there was a plethora of election-related material as some of that could have been election banter, which it clearly wasn’t in most cases. But that didn’t prevent me from quickly finding plenty of troubling signs for our country’s near and potentially long-term plummet into a vile resurgent fascism.

And remember, most of this information is from last few weeks to months.

4. Supremacy of the Military
Military refused Trump’s bid to parade missile launchers at inauguration
Trump takes over as commander in chief, promising to restore military strength
Appearance of military officers during Trump’s inaugural address still unexplained
Donald Trump, imperialist: Forget “isolationism” — Trump longs to build up our military and then use it
Trump calls for massive military buildup

8. Religion and Government are Intertwined
Trump Attorney General Pick Jeff Sessions Argued For A Religious Test To Ban Muslims
Donald Trump’s inaugural speech may be his most religious yet
Trump’s Executive Order on Immigration: What We Know and What We Don’t
Anxiety About Muslim Refugees Is Stoked Online by the Far-Right Media
Trump’s “Muslim ban” is already backfiring — and its consequences will only get worse
Trump fires acting AG for refusing to defend travel ban

12. Obsession with Crime and Punishment
Trump Threatens To ‘Send In The Feds’ Over Chicago’s Violent Crime
What Trump says about crime in America and what is really going on
Trump administration to ’empower’ US police forces
Donald Trump Says ‘Police Are The Most Mistreated People’ In America
Trump’s executive order on immigration includes a plan to publish a weekly list of crimes committed by ‘aliens’

Source of 14 characteristics outline above:
http://www.rense.com/general37/fascism.htm

Alternative facts on the same topic:
Grading Trump on the 11 attributes of fascism

That is code talk for 1950s utopian fantasy that boils down to some people who don’t want to have anything/anyone else different at any time.

They seek a strong, central state, despite claiming to be against big government, that forces all of the ‘not us’ people into shadows. They long for an ongoing suppression of ideas/thoughts/art contrary to the state-run agenda forcing compliance with a Christian, white male dominated worldview and focus. They decry “political correctness” and progressive policies of inclusion, versus their exclusionary viewpoints, as being forced lifestyle on them.

However, they easily accept a cognitive dissonance that their worldview could and must be imposed on all others who are not like them. In particular women and the LGBTQ community.

In other words, they can decide who has access to birth control, abortion, gender identity, and who can have sex with and/or marry whom. But they cry outrage if they are told they must accept others as they are and who they love and let them decide what’s best for their bodies. They want a small government that stays out of their gun holsters and bibles, BUT they seek a MASSIVELY intrusive government dictating to anyone who doesn’t think/act/believe the same as them.

It’s little wonder that George Orwell’s 1984 is once again a best-seller when we hear a barrage of propaganda and lies referred to as “post truth” and “alternative facts.”

And don’t think that the rise or Fascism is a problem just in the US.
There are 20 homophobic hate crimes a day in England and Wales
Far-right parties on march to change Europe’s political complexion
Europe’s far-right leaders speak on Trump at conference
2017 Will Test The Rise Of Europe’s Populist Far-Right
Marine Le Pen claims ‘Anglo Saxon world waking up’ as Europe’s far-right parties meet after Trump inauguration